Over the 8-day journey from Sitka to Petersburg aboard a wooden trawler, Bridge curated an educational and immersive experience, while creating ample opportunity for Sherry’s artistic process.  Our course took us through the Inside Passage, with stops at Lake Eva on Baranof Island and Warm Springs Bay, home to the AWF field station. After anchoring at Admiralty Island, and visiting the mossy forest of West Brother Island, we spent the day at LeConte Glacier to witness what’s been studied as record retreat. The overall purpose was to inform and inspire the artist, exposing him to three broad issues of regional and global conservation concerns: 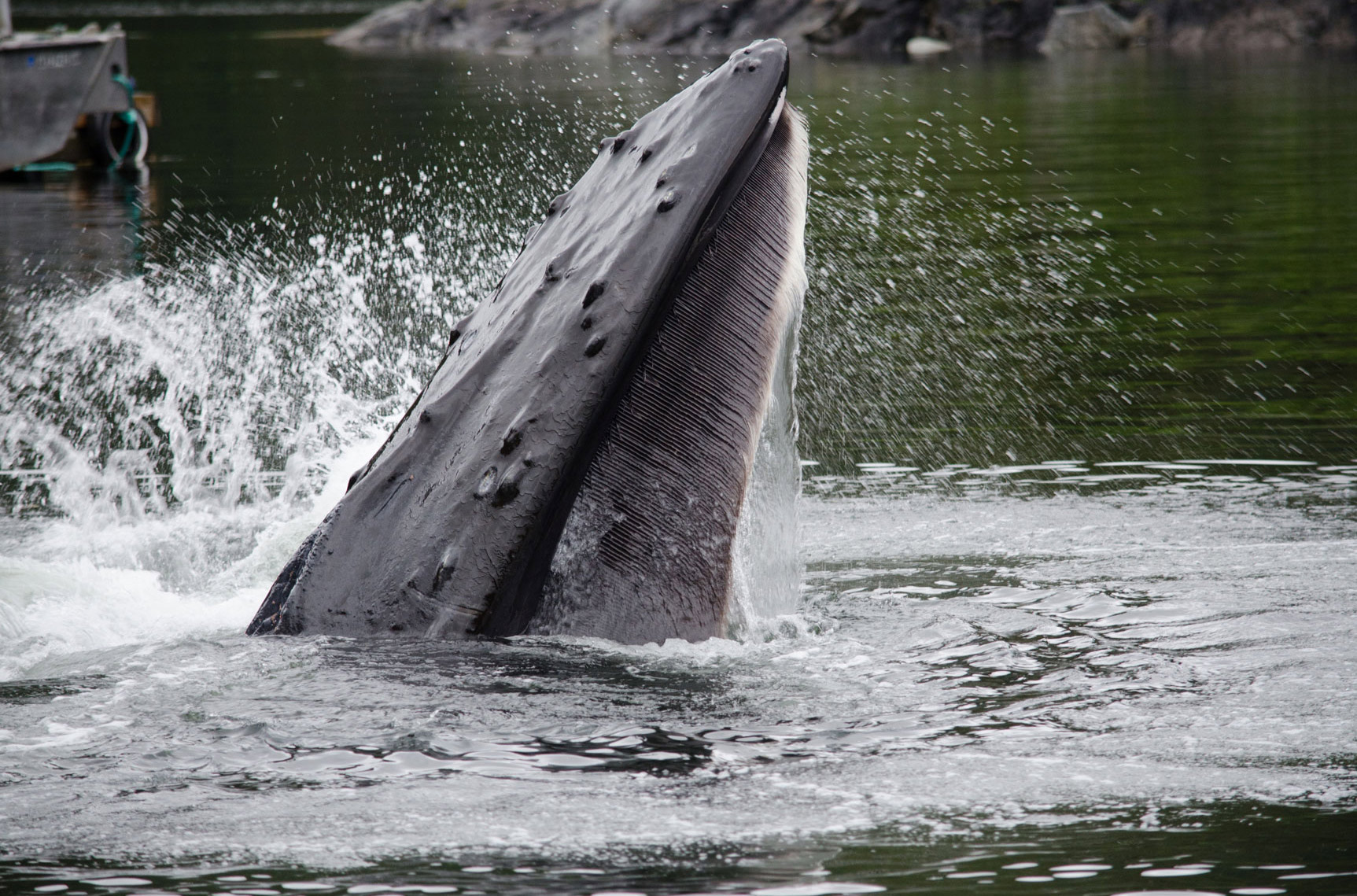 Human-wildlife conflicts are on the rise as humans continue to encroach on wildlife habitat. In Southeast Alaska, this is especially true with marine mammals and commercial fisheries. For example, humpback whales have learned to feed on salmon released from salmon hatcheries; sperm whales have started stealing fish from commercial black-cod fishermen; and sea otters are threatening the regional crab fishery by exploiting Dungeness crab. As well, whales, porpoises and sea lions are increasingly entangled in fishing gear, which is costly for the fishermen and potentially lethal for the animals. We visited several sites where these conflicts are occurring and talked with individuals that are being affected. We also learned about the steps that Alaska Whale Foundation is taking to mitigate these problems. 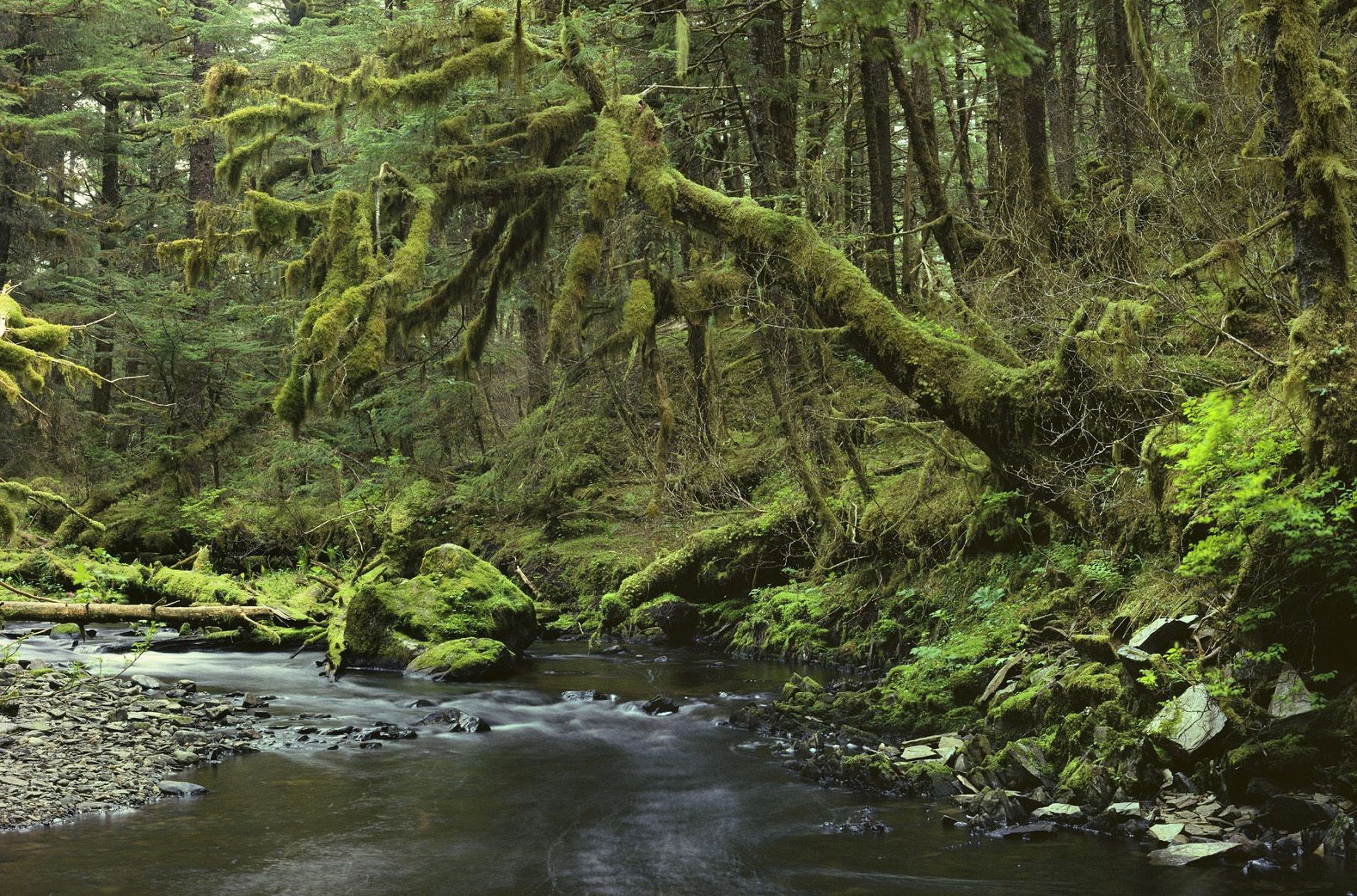 Southeast Alaska is home to the largest remaining tracts of rare, yet globally-significant temperate rainforest. Unfortunately, only a fraction of the original old-growth forests still stand and these are under threat from continued logging. We visited both an old-growth forest stand and a ‘cut-block’ to experience the effect that clear-cut logging has on this ecosystem. We reviewed regional maps to appreciate the extent of the problem and consider solutions that take into account social and economic as well as environmental concerns. 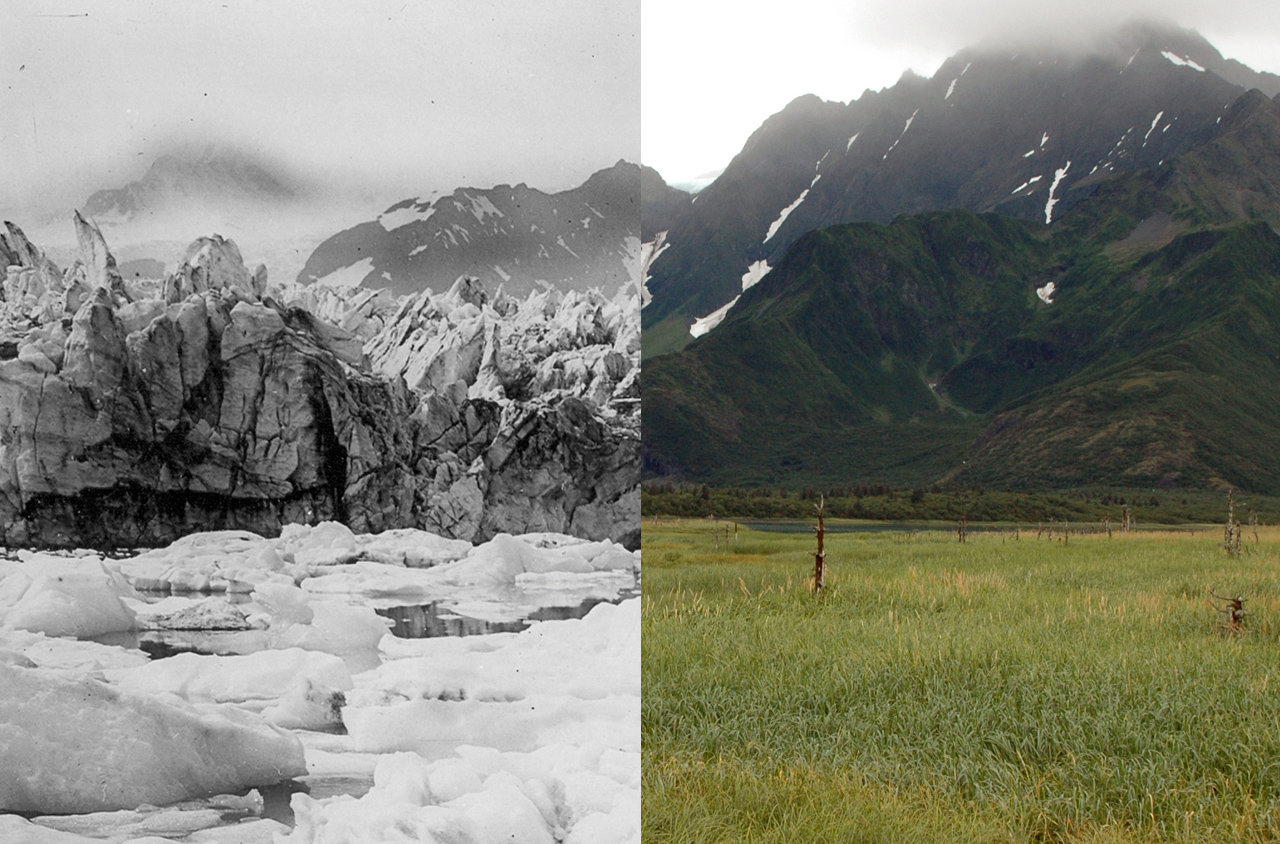 The negative effects of climate change in Southeast Alaska are both visible and striking: glaciers are receding at unprecedented rates, snow is disappearing from the mountain tops, and iconic cedar forests are experiencing widespread die-offs. We discussed the causes, implications and possible solutions to climate change while visiting the Le Conte Glacier, the planet’s southernmost tidewater glacier and one that is predicted to disappear in the coming decades. While in this dramatic and awe-inspiring setting, we saw firsthand how quickly change is occurring by looking at photos of the glacier taken decades earlier. 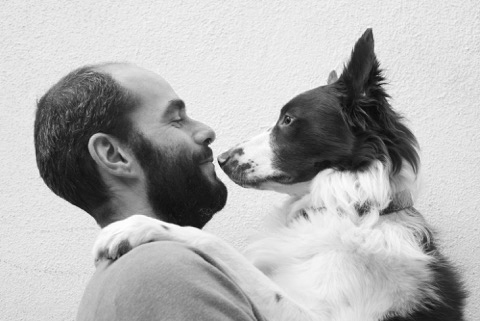 David Benjamin Sherry is an American photographer and avid darkroom printer who is challenging and reinvigorating the American Western landscape tradition among other classic genres of photography.

His work revolves around interests in the analog film process, environmentalism, color, mysticism, abstraction, human connectedness in the digital age, minimalism and queer politics, and he ultimately aims to reexamine the history of photography. 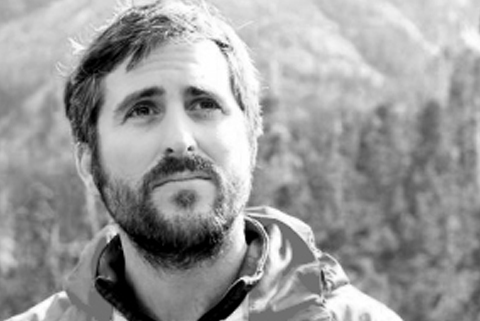 The Alaska Whale Foundation (AWF) was founded in 1996 by a team of passionate individuals who wanted to shed light on the amazing behaviors of the endangered humpback whales in Southeast Alaska.

Today, AWF is able to fully realize a mission that extends beyond research: to effect change through ambitious science-driven research, conservation and education programs.

Help make a difference: Support our partner, the Alaska Whale Foundation and the real-life superheroes dedicated to marine mammal conservation and discovering the root causes of climate change. 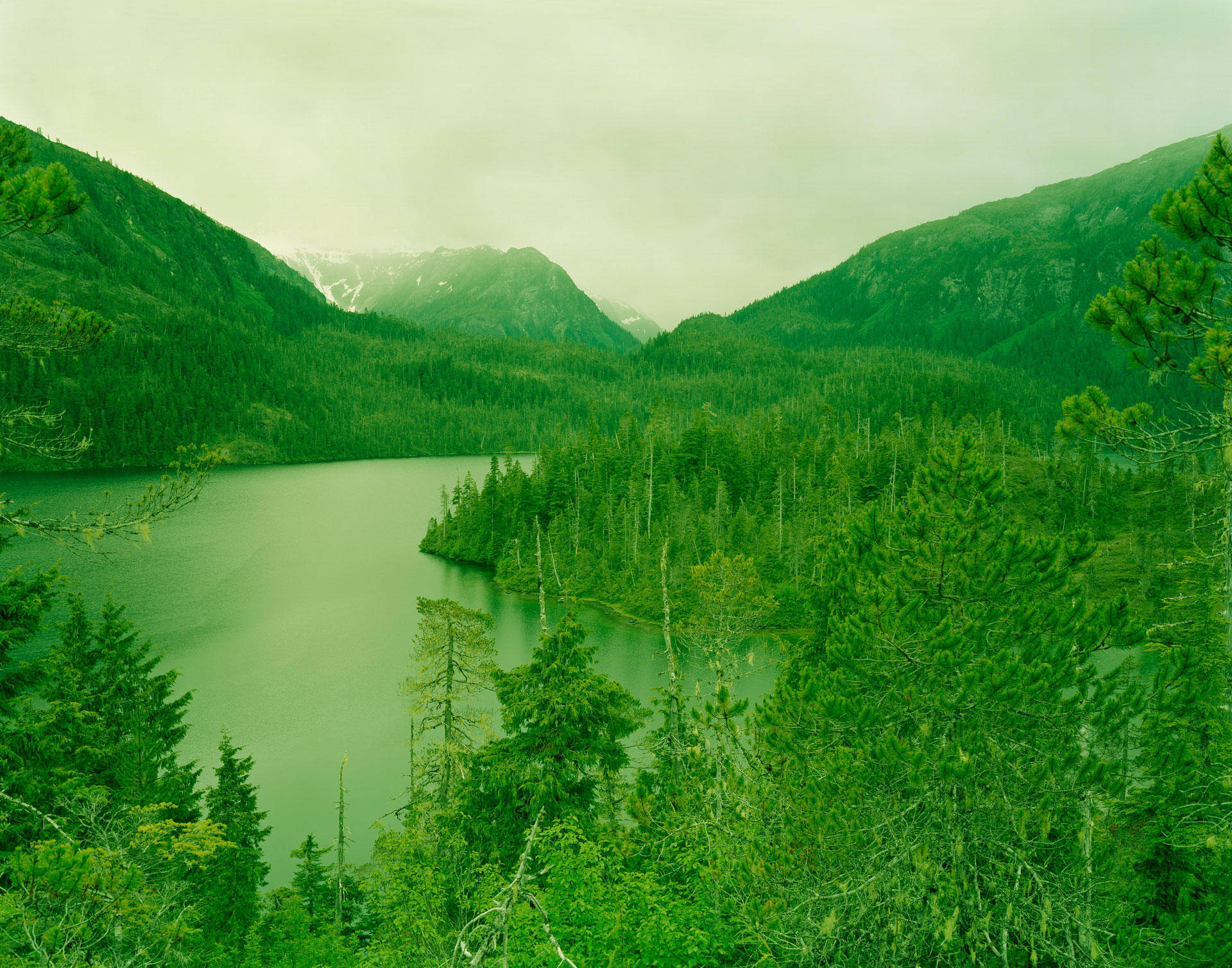 READ MORE IN OUR NOTES FROM THE FIELD ON OUR LOG

Bridge has partnered with artist David Benjamin Sherry and the Alaska Whale Foundation (AWF) on a public billboard series to raise further awareness of the fight for climate justice and engage the public in support of scientific research. 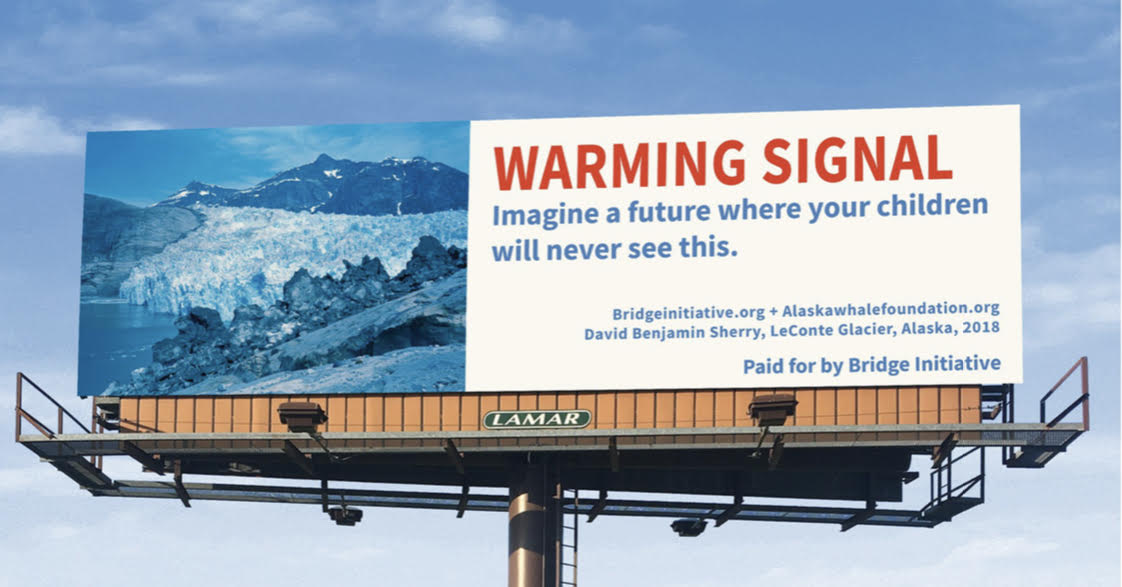 invest in the future

We rely on your generous donations to support our billboard and public art campaigns leading up to the 2020 election. Together, we can spread this urgent conservation message to raise climate justice awareness!
GIVE TO OUR CAUSE